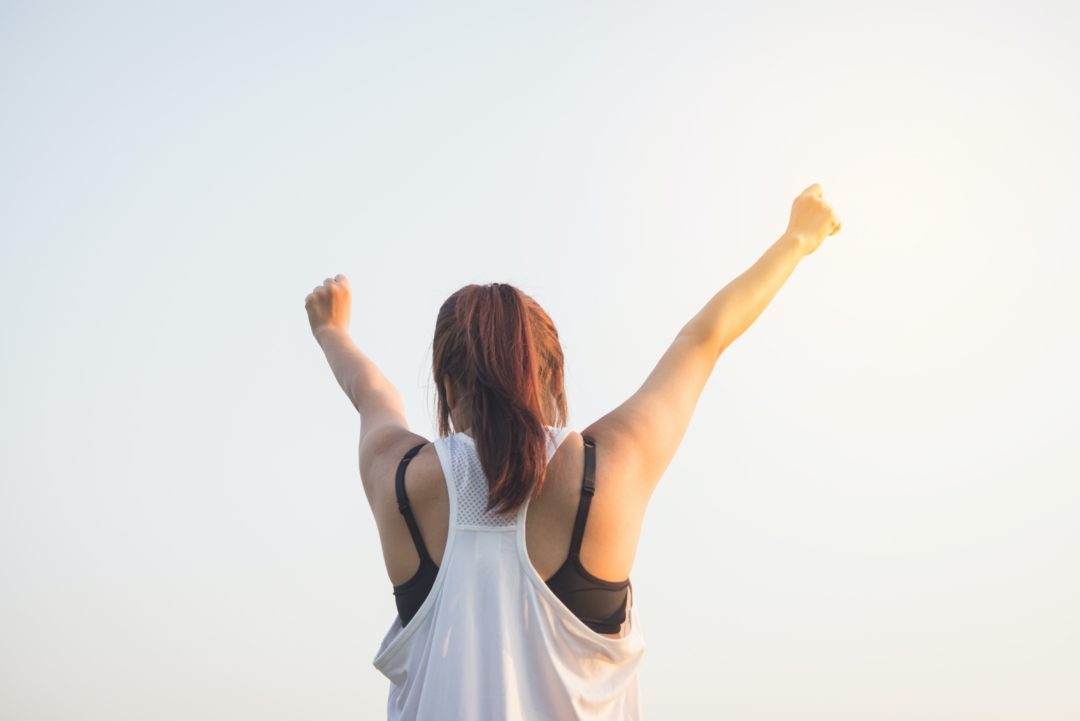 One of the first things that many newly minted professional athletes do is buy some new clothes, a symbolic reward of their success. Some also buy a new car or big house for their family. Those purchases are a symbol that someone conquered something, a lot of somethings. I love their stories about hard work and sacrifice to reach the pros. A vehicle pulls up to a new house, and Mom is helped out of the car by her athletic son or daughter who was drafted into professional sports. Then, the son or daughter hands Mom a key, says “Welcome Home!” and I ball like a baby. That my friends is capitalism at work, and it is also why socialism doesn’t work.

A recent fun example of reward for hard work: New Miami quarterback drafted in 2020 from Alabama, Tua Tagovailoa, gives his mom an Escalade.

Even if those incentives are food, shelter, jobs, and safety, we have the opportunity to secure them in America.

It is a capitalist idea, the American dream. When you find the right opportunity, you can get out what you have put in. Furthermore, when you do it long enough and well enough, you reap greater rewards.

I am motivated by the desire to have a happy family, a peaceful life, and meaningful work. Early on, I also wanted to send our daughter to college, and to be out of debt. Our latest goal was a larger home.

Although your needs and wants may be different, you and I have something in common if you live in America. We have the opportunity to seek and earn the rewards we choose.

In the U.S., we live and work in a capitalist economic system, a balance of supply and demand. Built on goods and services, the citizen has the right to buy and sell as he or she chooses.

It is up to us to choose a job or career, who we work for, and how we get there. We also choose how to spend what we make.

We have the opportunity to grow our own piece of the pie as large as the amount of work we are willing to put in. If we are also willing to deny ourselves now for the benefit later, we can multiply our rewards. It may take working smarter, more education, a great idea, or some ingenuity, but the opportunity is there.

Compare our homes and daily decisions to achieve a goal to how the government does it.

Do you really want the government who couldn’t or wouldn’t solve our country’s  issues to run your daily life? Would you want your favorite store or restaurant controlled by the government that proverbially “spent $1200 on a hammer or produced a million dollar one hundred page report on street lights or toilet paper?” Think about 100 people collectively designing a menu or choosing the chairs and the studies that would ensue.

It is my opinion that socialism doesn’t work for the working people, because it removes the  fundamental incentive for both companies and individuals to do better in a timely manner.

Forcing an equal outcome for the masses removes the incentive of the producer to work harder, create better products, improve quality, or efficiency.

“The main difference between capitalism and socialism is the extent of government intervention in the economy.
A capitalist economic system is characterized by private ownership of assets and business. A capitalist economy relies on free-markets to determine, price, incomes, wealth and distribution of goods.”

“A socialist economic system is characterised by greater government intervention to re-allocate resources in a more egalitarian way.” (https://www.economicshelp.org/blog/glossary/capitalism-v-socialism/)

Egalitarian means fair, but who decides what is fair for all in a socialist country? The government. (Incidentally, if the government could be trusted to be fair, they wouldn’t be legislating their own pay raises and perks while diminishing ours.)

Primarily, in a socialist economy the consumer loses the ability to vote with their business dollars on whether the goods and services are desirable.

The general public gets what is available, and when it is made available.

Citizens lose the ability to express their opinion through putting someone shady or shoddy out of business.

When the government is in charge, the owner no longer receives a reward for improving the business or doing a better job. There is no incentive for innovation or money saving. No one is minding the giant behemoth of a broken store anymore or given incentive to do it better.

Similarly, “When assets are publicly owned, there are no incentives in place to encourage wise stewardship. While private property creates incentives for conservation and the responsible use of property, public property encourages irresponsibility and waste. If everyone owns an asset, people act as if no one owns it. And when no one owns it, no one really takes care of it. Public ownership encourages neglect and mismanagement.” https://fee.org/articles/why-socialism-failed/

The consumer has lost both their voice and their vote. With government control and collective ownership, we lose the ability to demand more excellence and quality goods and services. Over time, goods or services become more and more expensive with less and less quality.

The reward/incentive/drive system is broken by socialism.

On the surface socialism night sound like a cool idea, but it promotes equal outcome WITHOUT requiring equal input.

Imagine what would happen to grades in a college class if a college professor gave everyone the average grade of the entire class on every test. What would be the incentive to study for that class? Why even show up? Eventually, the achievers would drop the class and go do something else rather than see their hard work go to waste. Then others would do just enough. Those who didn’t care at all, didn’t even show up would still get the same grade as those who did. the work. That is where socialism fails.

Chávez initially established populist social welfare policies and increased social spending in Venezuela. He temporarily reduced economic inequality and poverty in the early years of his regime. But, when only the ruling class and it’s cronies are in control of all the income no matter who really earned it, there is no more incentive to take care of everyone else.

So, they get greedy. And then? The people get what is left of a poor economy shattered by lack of reward for hard work.

Furthermore, vast resources and money in the hands of government that does not personally earn those assets creates waste and corruption. It is human nature to value what we earn. It is also human nature to waste what we have not.

Venezuela had agriculture and resources, but their agriculture economy was decimated. At this time, Venezuela still has the world’s largest known oil reserves, and yet it’s people are starving.

Why do you think everyone wants to come to America?

There is opportunity to change their lot in life. There is reward available.

What motivates me is not what motivates you or someone else. We are individuals with different goals, incentives, and reward seeking levels. My idea of home is not the same as you. We don’t want to eat the same or live the same.  Our ideas of a good job and a good life are completely different, because you and I and everyone else are not at all the same.

We can seek the rewards we value when we have the choice.

“Capitalism – Private businesses will be owned by private individuals/companies
Socialism – The state will own and control the main means of production. In some models of socialism, ownership would not be by the government but worker co-operatives.” https://www.economicshelp.org/blog/glossary/capitalism-v-socialism/

Consider when someone rents a house versus owning a house.

Many people (not all) who rent do not concern themselves with repairs, the state of the carpet or paint on the walls. It is not their responsibility, right? They are not the owner, and have not taken ownership. Since, they did not earn the money to purchase that property, it is easy to take it for granted. They feel justified in waiting on someone else to fix the broken and stressed property, because they do not own it. Basically, there is no monetary reward for repairing their residence. It doesn’t belong to them.

We may all have different ideas of what our rewards should be, but we are motivated by reward. There is a sense of ownership and pride in a job well done. Getting paid with the reward that motivates me is a big incentive for doing the work.

Supposedly, socialism evens the playing field through equal outcomes. But, how do you feel when someone is rewarded the same for doing a poor job as you are for doing an exemplary job?

If this makes you angry, then you understand the fallacy of socialism.

This is where socialism and many government programs fails so miserably. Over time, it suppresses our very will to succeed, strive, and grow.

Like the proverbial rich kid living off daddy and not working, the government as everyone’s parent removes incentive to do it yourself.

The joy of achieving something you have set out to do can’t be underestimated.

You might also enjoy: Work ethic, the why and letting go of excuses. 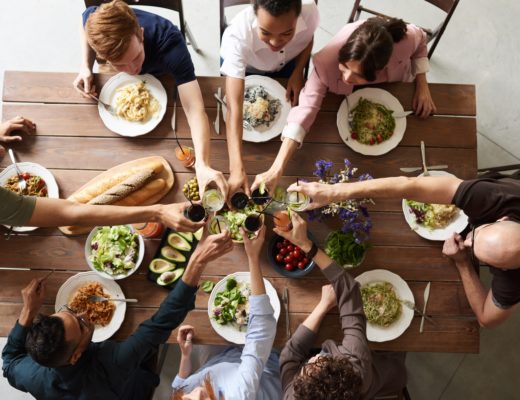 somewhere to belong, something to do 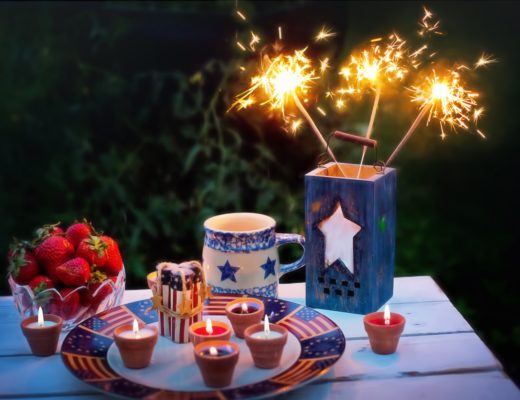 Free will & freedom, choosing how we live is a gift.